Steve McGhee, an incredibly talented artist is known for creating apocalyptic images that show many different ways of how the world might come to an end. Previously, you might have seen his pictures of planes crashing down on New York, black holes in Sydney and oil spills off the French coast. He uses a number of techniques to create his dramatic scenes and he also admits that not everyone is a fan of his work.

From biblical flooding to massive earthquakes these are the incredible artist images showing how the world might end.

Check them out here: 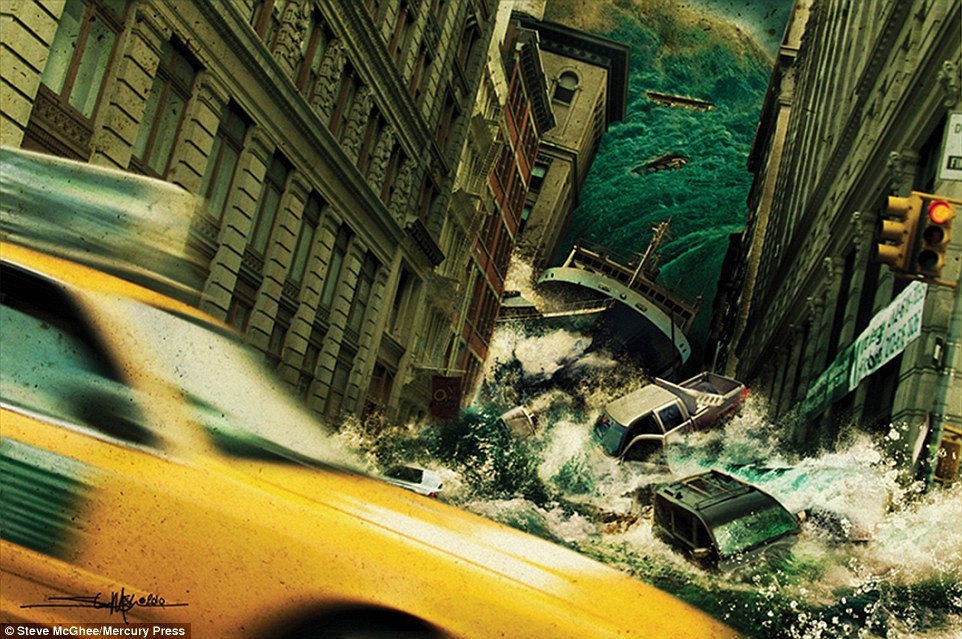 A tidal wave appears to be taking out the cars and buildings as it makes its way down the narrow streets of New York City. 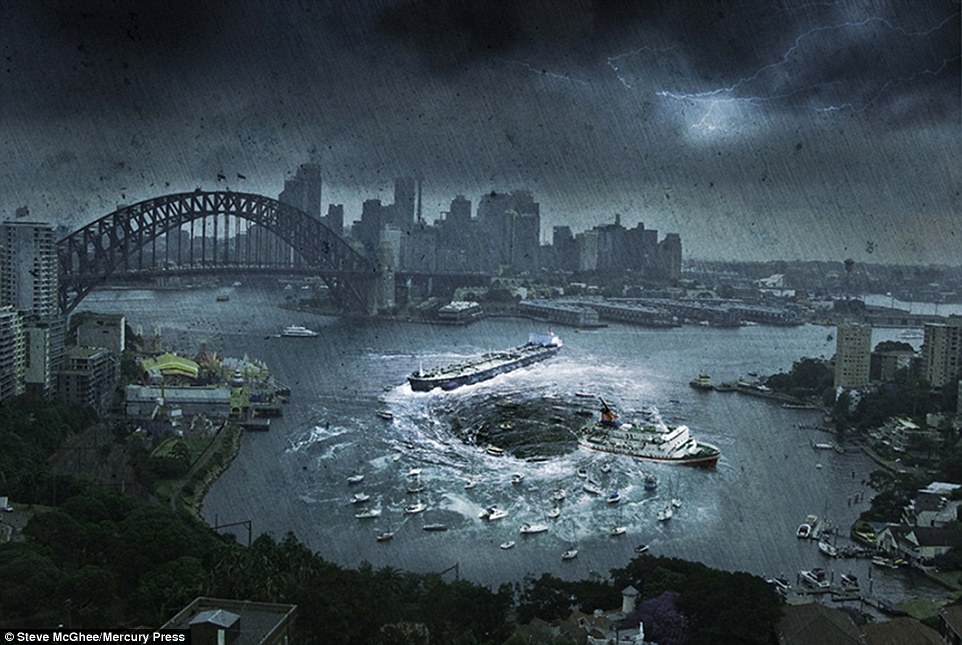 One of Steve McGhee’s digital artwork which shows boats being sucked in a black hole opening up in the middle of Sydney Harbour. 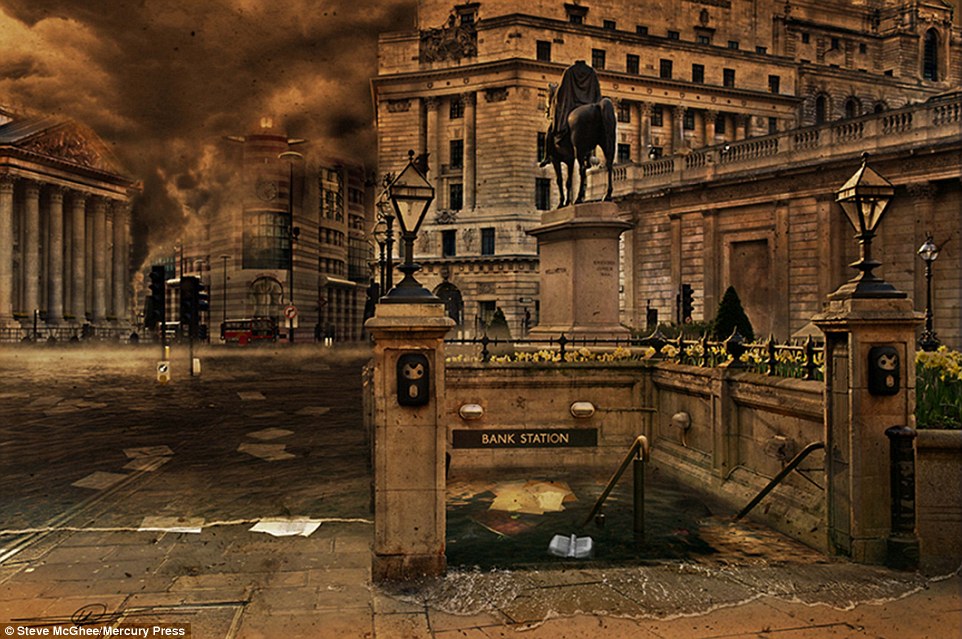 In this piece of digital artwork by Mr McGhee, water appears to be flooding the streets of London around Bank tube station. 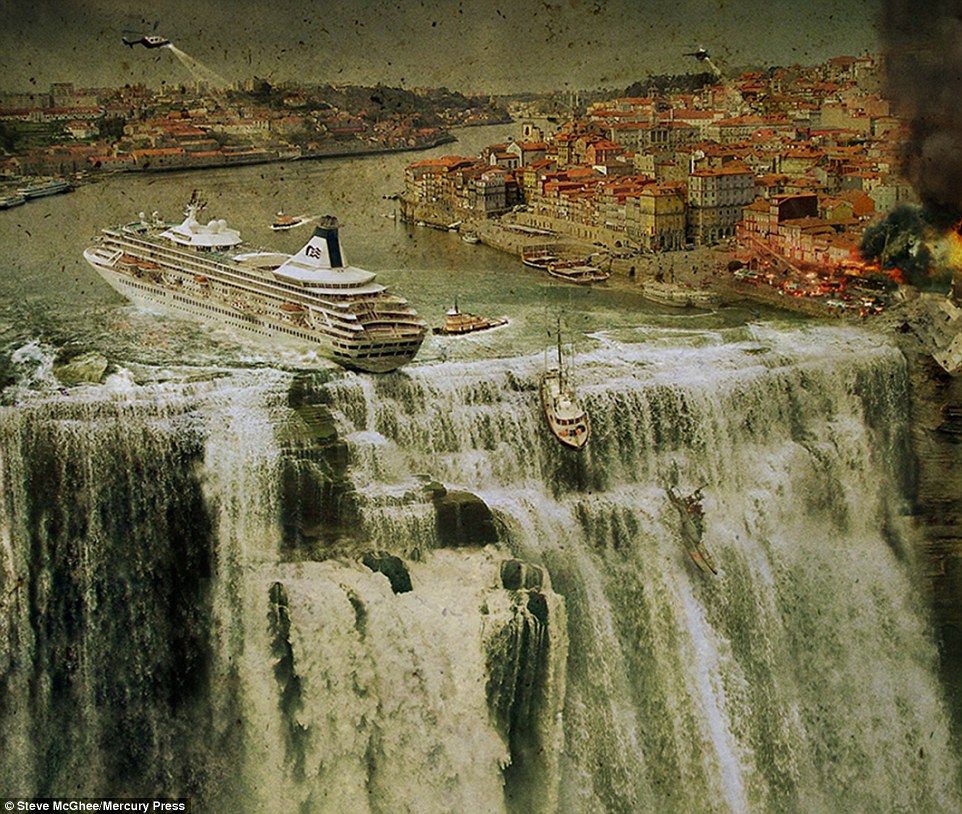 A boat appears to fall off the edge of the earth in another one of Mr McGhee’s apocalyptic artworks showing how the world will end. 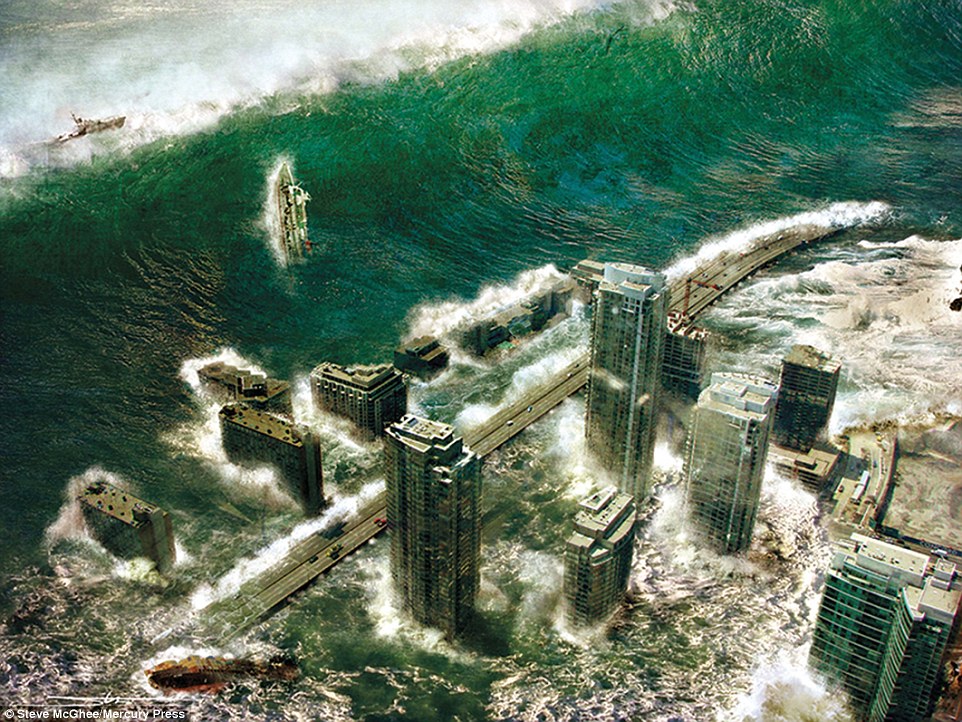 The artist’s images seem to depict every way possible that the world will end including the likes of biblical flooding. McGhee, from London, Ontario, believes his work could be influenced by the fact he watches far too many disaster movies. He said,

I guess it’s too many disaster movies. That and the fact that I’m fascinated by things we, as human beings, have little or no control over. Disasters happen every day, all around the world. We just hear about the more fantastical ones the media focuses on. Every day someone, somewhere, is involved in a life-altering disaster. It doesn’t have to be a 300-foot wave crashing into a skyscraper. 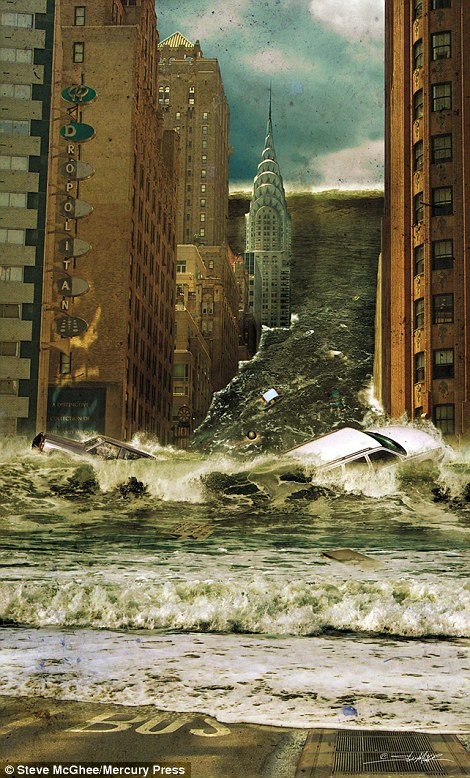 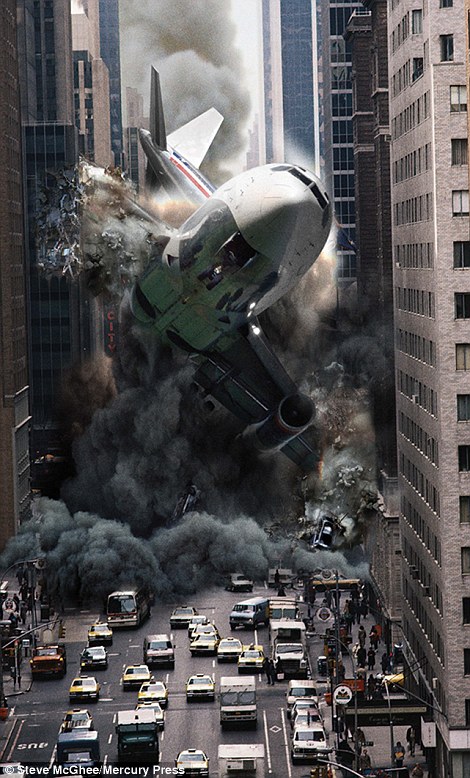 A huge rush of water appears to take out the Chrysler building, left, while multiple plane crashes destroy the streets of Manhattan 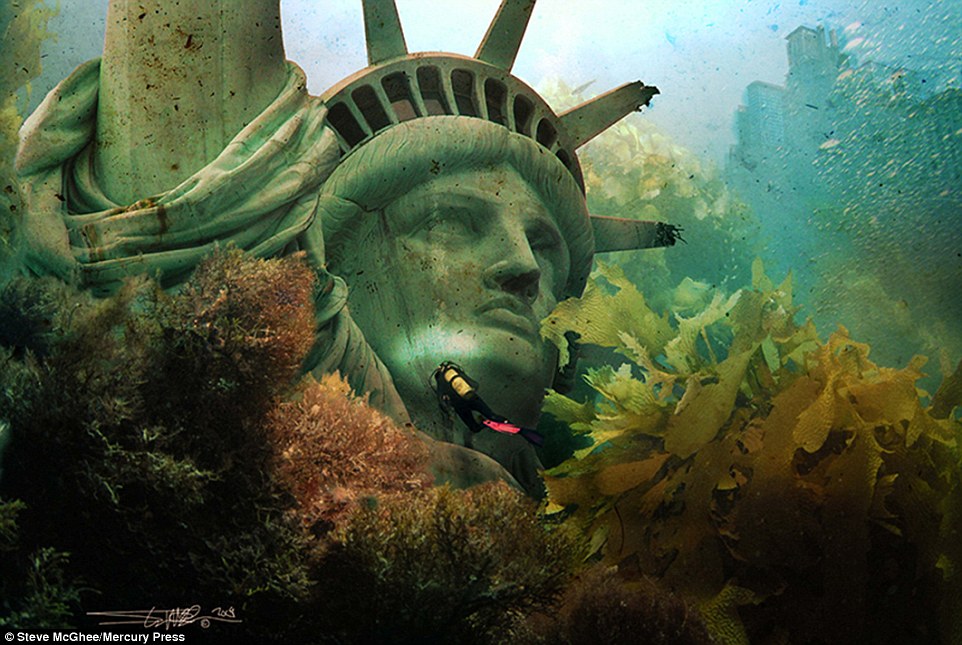 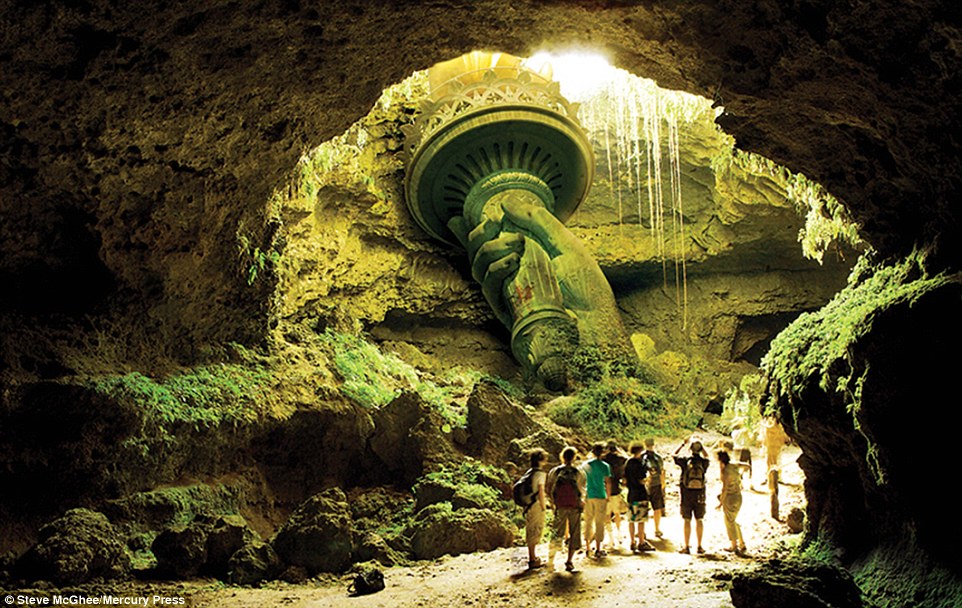 The reaction is great. I get lots of complimentary emails, and I really appreciate those. My work reflects human error in some cases, and just the bad luck and sheer terror of the human experience in others. Some people like it. Some not so much. My work is in no way intended to glorify or condone acts of terrorism or celebrate the loss of millions of souls who have perished in past events. Rather it is a commentary on the frailty of human existence and made to honor the loved ones left behind to deal with their unbearable loss. 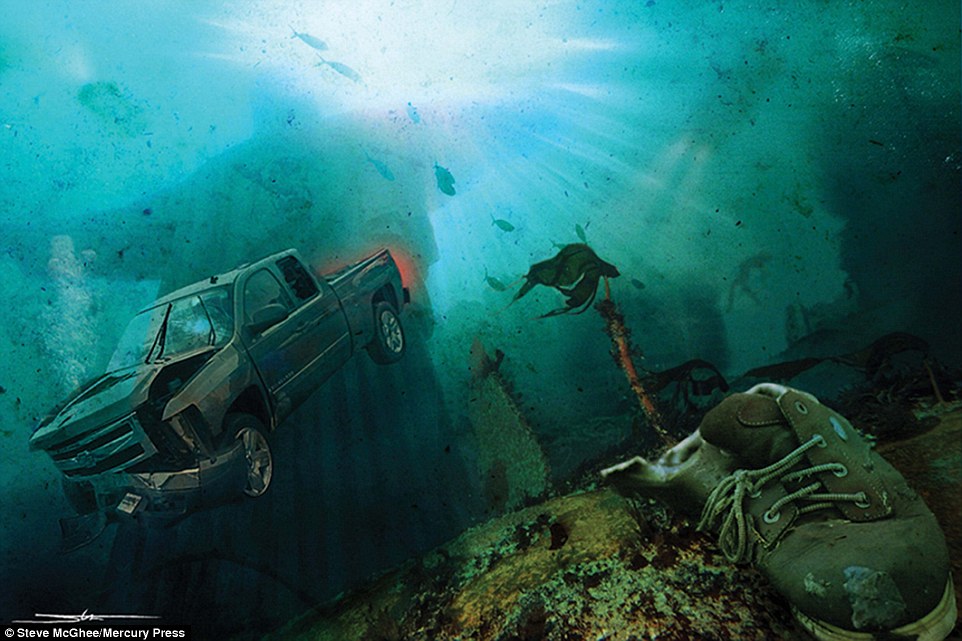 This piece by Mr McGhee depicts a large oil spill off the coast of Brittany in France and shows vehicles floating around in the water. 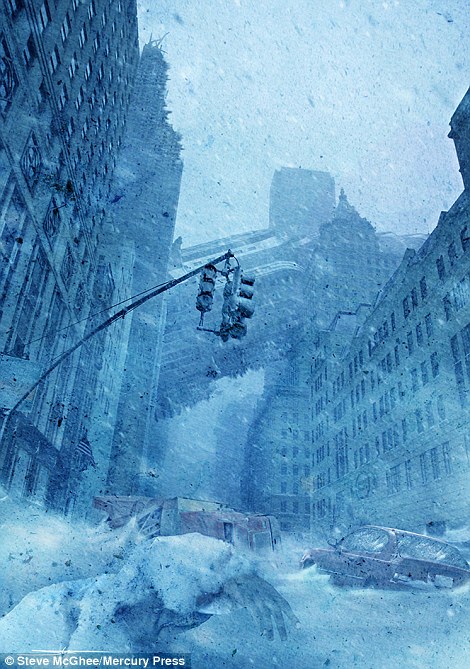 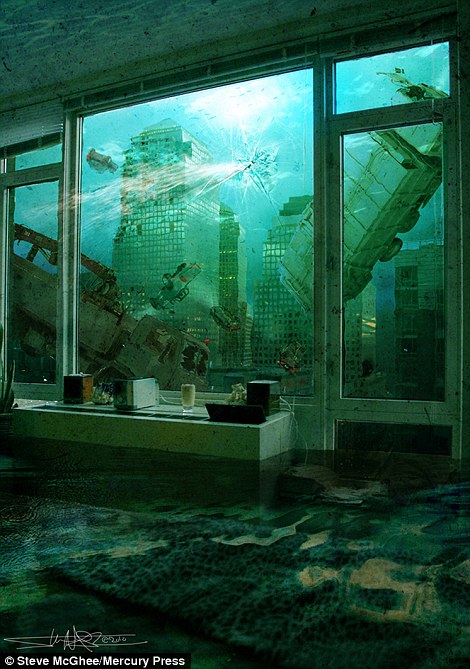 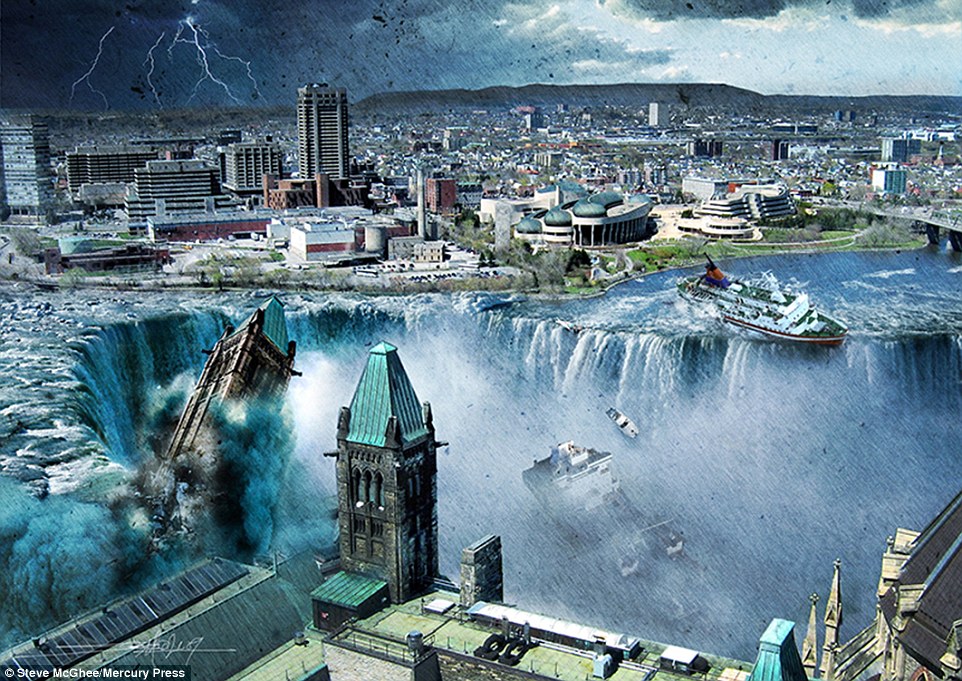